Excellent article by Peter Quiggins that helps to explain Cultural Marxism, contemporary Western Democracies, ZOG’s, divide and rule symbiotic relationships such as Capitalism/Marxism, Racism/Multiculturalism etc. whereby what I refer to as Pseudo-Parasites are owned or made dependent upon The [666-DevilBeast-VirtualHost-Parasite] System, the end game or what I refer to as the, Crony Capitalist Crypto Communist #NeoHegeMonopolistic Corporate Supremacy NWO agenda and ultimately WHY what I refer to as World Citizen National Socialism #WCNS seems to me to be the most credible solution.

You may also be interested to check my various Google+ posts where I discuss the White Supremacy’ misnomer. Most are in my private Google+ collections so requires a Google+ Follow. Here’s a sample from my public page.

Whether you identify with The Left or The Right of the false political paradigms, reading what I have to say or watching my Video Song Demos replete with my posts about my songs or artwork, may help you to elucidate, truth. This extends to identifying your cognitive dissonance and the cognitive dissonance of others. This is particularly the case in so far as it pertains to and also in the context of, it being leveraged by contemporary media incl. so-called alternative media, rhetoric. A media rhetoric that attempts to reinforce the cognitive dissonance of its respective audience(s) because this is required in order to own the divisive media bite narrative.

My work as an independent artist might possibly even help you reveal unto yourself a sinew of truth profound enough to inspire you to deem that truth worthy of being afforded your time and energy and pursuit. In order, that its implicit and ultimately indomitable logic is not forsaken to a morass of post-modern nihilism from which you-yourself and future generations will invariably need to extricate ourselves, if we are to (again) know what constitutes our human dignity and purpose. Indeed, to retain or at the least attempt to recover ownership of our human worth. 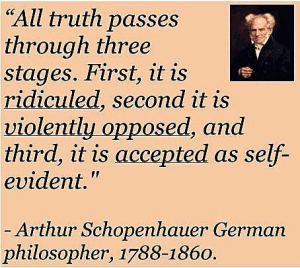